WHO AND WHAT ARE GALLOGLAS?

With over 100 years of accumulative experience, your Peace of Mind is guaranteed

Find out Who we are

The term Gallowglass is a corrupted Anglicization of the Gaelic term gallóglaigh ( pl.) and gallóglach (sing.), meaning literally – “ foreign young warrior.” It is clear that the Gallowglass warriors were markedly different from the natives, and their name was immediately connected with their foreign status.

But it was their prowess in the military arts that made them stand out, and carve their place in the history of the world. As the Norse-Gael identity became common, so did the Gallowglass. Around the early 13th century, several Norse-Gaelic clans arose in Scotland, and it is from these clans that the Gallowglass warriors came. For centuries, these Norse-Gaels enjoyed semi-independence, and were historically known as Lords of the Isles

For the most part, their power rested on their fleets of galleys and their notorious GallowGlass warriors. That is why they mostly hailed from the Hebrides. These numerous islands were home to several prominent Scottish clans with Norse ancestry. True soldiers of fortune, these mercenaries never shied from warfare. They would lend their axes to any man who paid sufficiently

One of those clans was the Clan MacNeacail (McNicoll) of the Isle of Skye. Our MD, Richie Nicoll is a descendant of the clan. 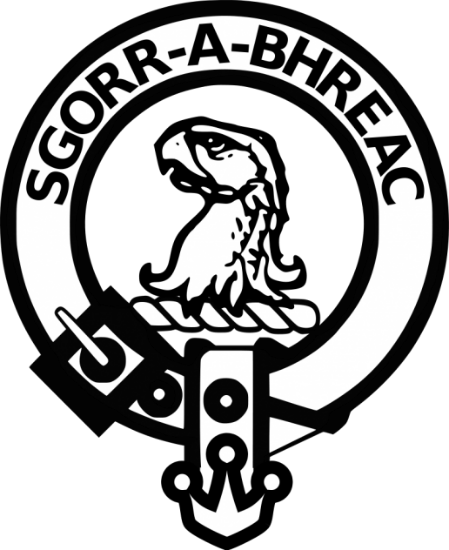 Business Person of the Year Finalist 2021 & 2022, Richie has over 25 years Military and Security experience taking him operationally to Kosovo, Ireland, Iraq and Afghanistan. During his Military career Richie served in the Allied Command Europe (ACE) Mobile Force, training for Arctic Warfare, latterly becoming an Advanced Electronic Countermeasures Operator in the Bomb Disposal Regiment.

Since leaving the Military, Richie has held various posts from Operations Coordinator at the British Embassy in Kabul, Head of Operations in Basrah and latterly Security Consultant for a large International Oil Company in Iraq.

Richie is passionate about helping other companies protect their staff and assets as well as look at other ways of reducing their carbon footprint.

He has delivered operational and emergency planning and active response strategies accordingly in high risk, testing and pressured environments at Regional Operations and Senior Security Manager level, including the training of corporate senior and globally deployed personnel.

David has a proven ability in policy making and briefing at corporate level including design and implementation of policy and procedure. David’s experience focusing efforts on both physical and personal security analysis, production and dissemination of security documentation, ensuring that good planning and core requirements are met, with the direction of business sustained

Richard has over 25 years’ experience behind him in sales and account management in multiple sectors from consumer to business.

He began his sales journey in the consumer market selling consumer electronics and providing customer care for over 10 years.

Fuelled by his love of technology Richard then made the decision to change direction, move into business sales, and account management in the communications industry.

Richard has provided business clients with bespoke mobile, phone system ,IT solutions and many other account management services for nearly 15 years. Richards main goal with clients and businesses has always been to offer a complete peace of mind promise with any of the solutions he provides, and that the clients knows he is always there to help and support them

 Paul brings a wealth of experience to GalloGlas Security & Telecoms, with over 30 years accumulative service within the Security and Communications fields. Paul has seen operational service throughout Germany, The Middle East and the UK with the Royal Artillery before becoming an Engineer in the Communications Industry, installing TV's and Satellite systems throughout the UK. In his spare time Paul enjoys cycling, walking, and travelling and has carried out a raft of fundraising combining all three hobbies. An interesting fact about Paul.... He used to be the One O'Clock Gunner at Edinburgh Castle!!

Get to know the team by contacting us.

GalloGlas Ltd will quickly become a trusted and preferred provider to your family or business.

Design by Matthew Bushen – Web Development & Branding
We use cookies on our website to give you the most relevant experience by remembering your preferences and repeat visits. By clicking “Accept”, you consent to the use of ALL the cookies.
Cookie settingsACCEPT
Manage consent

This website uses cookies to improve your experience while you navigate through the website. Out of these, the cookies that are categorized as necessary are stored on your browser as they are essential for the working of basic functionalities of the website. We also use third-party cookies that help us analyze and understand how you use this website. These cookies will be stored in your browser only with your consent. You also have the option to opt-out of these cookies. But opting out of some of these cookies may affect your browsing experience.
Necessary Always Enabled
Necessary cookies are absolutely essential for the website to function properly. These cookies ensure basic functionalities and security features of the website, anonymously.
Functional
Functional cookies help to perform certain functionalities like sharing the content of the website on social media platforms, collect feedbacks, and other third-party features.
Performance
Performance cookies are used to understand and analyze the key performance indexes of the website which helps in delivering a better user experience for the visitors.
Analytics
Analytical cookies are used to understand how visitors interact with the website. These cookies help provide information on metrics the number of visitors, bounce rate, traffic source, etc.
Advertisement
Advertisement cookies are used to provide visitors with relevant ads and marketing campaigns. These cookies track visitors across websites and collect information to provide customized ads.
Others
Other uncategorized cookies are those that are being analyzed and have not been classified into a category as yet.
SAVE & ACCEPT
Scroll to Top
Scroll to Top